Here’s an example of how a Facebook Ad should work.

Imagine there’s a handsome man standing outside of a clothing store in the mall; you know the one. He catches your eye, and as you make eye contact, he asks, “Would you like a sniff?”

Wouldn’t that make you stop, or laugh, or ask what he meant? If so, he’s hooked you, and then he can make the offer: to let you smell the new brand of cologne he is wearing, and selling.

Whether or not you do so is up to you. But at that point, the ad (man) has done his job: he got your attention and made an offer. That’s how your ads need to work on Facebook.

A Facebook ad MUST attract the eye, and it needs to do so in a way that is fun, exciting, maybe a little weird, and most of all, it’s got to do it quick.

The recipe for Facebook Ad success is short and sweet, but definitely not simple. Let’s take a look at some Facebook ad examples to see what works and what doesn’t.

The Hunk is Not Enough: Thinking Like A Billboard

Our example’s handsome fellow actually hides another important truth about Facebook advertisements. Your ad’s compelling text, also known as “the ask,” must be short. We’re talking Daisy Duke short-short, can’t-ride-all-the-rides-at-the-fair short. Some have suggested that the headline and the call to action should not be longer than 5 words.

Remember, you’re not writing an impassioned speech trying to get the city to rise up against the big bad evil guys; you’re trying to sell something. And you’re competing with everything else on Facebook to do it. Attention is at a premium, so you can’t afford to take your time.

If you feel hindered by that cap, consider the humble billboard.

A billboard is competing with everything else you’re looking at while you drive, from other cars to the mom next to you screaming at her kids to the beautiful views. So to grab your attention, it needs to be eye-catching. But you’re going fast, so it needs to tell you its message quickly, too! As such, its job is twofold: to grab your attention, then hit you with its message, before you’re gone, baby, gone. If it did its job right, you’ll still be thinking about what the billboard said when you arrive at your destination.

Facebook ads need the hunk AND the billboard to succeed. Keep that at the forefront of your mind as we move forward.

The 4 Types of Advertisements You Can Put On Facebook

Did you know there are only four types of ads you can put on Facebook? They are Image ads, Video ads, Carousel ads, and Collection ads. Each example deserves to be looked at individually, but lest you forget our billboard and hunky cologne salesman, remember that each of them is primarily a visual medium. It doesn’t matter which of the four categories you choose if you cannot catch the eye of the user. And after catching their eye, the words you use must compel them to click, tap, or swipe.

Image ads are the simplest format for most people getting started. They involve a picture, some text, and a link to a thing you want to sell (or a newsletter you want someone to sign up for, or whatever). The exact design, shape, and number of characters you use in a Facebook image ad varies and is frequently updated, so check out their official guidelines.

Like we discussed, image ads on Facebook need to be exceptionally eye catching. But more than just that, they need to be tailored to a particular audience. A hunky shirtless man selling cologne is effective in a mall but is considerably less so in an outdoor venue where the environment can affect the smell (or where rain can make the poor man catch a cold). When choosing an image for an image ad, focus on who you’re targeting. What would make them stop thumbing their way through Facebook long enough to read what you’ve written or see that you’ve got a sale going on?

Once you’ve got your ad made, there’s about a dozen places you can choose to have it appear: from the newsfeed to Facebook’s Instant Articles, Stories, the right-hand-side column, or to Facebook Marketplace. Choosing where your ad is placed involves a lot of trying to figure out who you want to target. The location of the ad, as well as the ad’s content, should reflect who you want to see your ad.

Sometimes an image isn’t the best way to communicate what your product or service is, and in that case, you need to turn to video. Facebook now auto-plays a lot of its videos (especially ads) but it typically does so without audio, so when you’re creating a video ad, think like you’re making something in the 1920s. It doesn’t need to be black-and-white, but it should work as a silent film. Not sure how to do that well? Check out some of Charlie Chaplin’s stuff.

The simplest way to make this modern-silent-film work is to caption your video. This way, a viewer doesn’t even need to turn the sound on to understand what is being said or spoken about. Doing so is also helpful for those with hearing impairments, so win-win.

You don’t want the first 10 seconds of your video to have vital audio; that is, audio that the viewer absolutely needs to hear in order to understand the ad. But, you definitely do need those first 3 seconds to be super, spectacularly eye-catching, for reasons previously discussed.

People tend to spend longer looking at a video compared to a static image, so you’ve got a bit more time (hence the gratuitous 3 seconds we’ve given you), but that’s still lightning quick compared to a commercial you’d see on TV or hear on the radio. So: keep in mind our hunky salesman and our billboards. If you’re going to put text in the video, choose big text and use as few words as possible (five or less!), and make sure it’s eye-catching.

Get the exact specs on how to design Facebook video ads here.

Carousel ads allow you to combine up to 10 images or videos to create a more interactive ad. It’s sort of a teaser for the user because they can swipe (or click) to see the rest of the pics in the carousel without leaving Facebook. So, when they engage with a Carousel ad, you have more than one chance to entice them to leave Facebook and go to your site. Extra chances are definitely good, and so is the semi flirty ability to engage with, but not commit to, the content. Keep these factors in mind if you choose to make this kind of ad.

You can use Carousel ads to tell a story in a way that isn’t possible with a static image ad and in a way that might be difficult or confusing with video. It’s actually possible to treat the Carousel like a picture book you’d read to your kid: each click or swipe acts as a page turn, where a new image and new information can be shown. Similar to a picture book, you want to let the images do the talking, with only a few (maximum five) words on the image itself.

You can also use the Carousel like a comic strip, with each new image being a new frame in an overall larger scene. You could, in theory, even use a Facebook Carousel to create a sort of flip-book where a character does something as the user swipes through, with the last image or video being a call to action.

Play around with these ideas when using this type of ad, but keep in mind the billboard and the hunk. Whatever you make, keep it fast, use minimal words, and make it fun to look at.

Collection ads are built with products in mind. They involve a “cover video or image” followed by four other pictures, and each individual image is a link to that specific product. Basically, a Collection ad on Facebook allows you to create a tiny website that Facebook hosts on its servers and displays on its page for you. This is a powerful tool.

Because the entire spread of a Collection ad is visible at once, you can show off the diversity of your products, the color options or style variations available, or the price differences—and you can do it all at once. A Collection ad is inherently eye-catching because it offers not one, but five visual stimuli to the viewer. Five chances to make them look! That’s like having five hunks walking around the mall! The real game-changer is the billboard text. Along with the five visual things, you can also have five different calls to action. This will let you test, in real-time, the most efficient way to ask, “Do you want a sniff?”

Collection ads can’t go everywhere though, because they’re larger than the other types of ads; so again think about who you’re targeting and where they tend to use Facebook most.

If you want to use a Collection Ad on Facebook, the exact measurements and a tailored how-to can be found here. 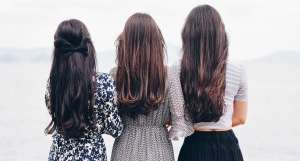 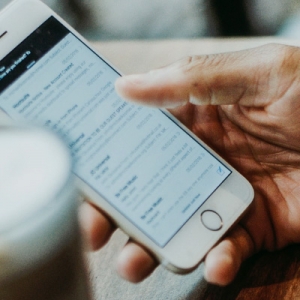