Take Risks On The Web

Without innovations on the web we wouldn’t have sites like Twitter or YouTube because nobody would be pushing the envelope to make something amazing. If you are consistently just keeping up with the average, your company won’t stand out and make an impact on your audience. Embrace new ideas and take risks, because that’s when you will see results.

Don’t be afraid of failure. By making mistakes, we learn how to avoid similar ones in the future. Businesses are built by taking risks and following through with them. If you are trying something that’s truly innovative, chances are it may take a few shots to get it right. There is no single key to success on the web, because user needs are always changing. If you want to be as effective as possible on the web, you need to adapt to the changing environment and offer users what they need in a way that’s as compelling as possible. All innovations started with an idea and somebody with the drive to see it through to the end. Don’t be mediocre, be the best. 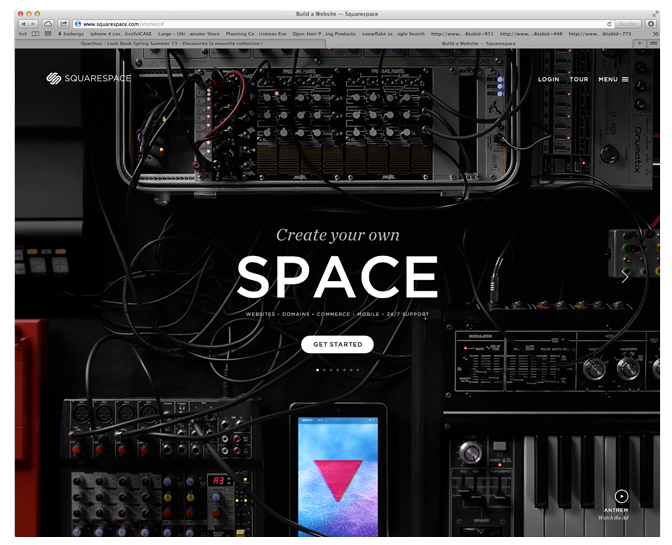 Take a moment to look at the Squarespace website. This isn’t a traditional design that users are prepared for; instead, it drives customers exactly where Squarespace wants them to go. The most unconventional feature of the homepage is probably its unique navigation design. There is a gratifying aspect of not knowing exactly what will happen when you click on the menu button and realize that all the navigation is accessible with that one button. Users like to be rewarded when they figure something out, no matter how small a discovery it may seem. After they figure it out, it’s hard for them to not open and close it a few times because it’s a fun adventure. It’s important to innovate through function. In this case, the innovation serves the purpose of giving users a little bit of focus instead of just throwing them in the deep end with twenty-two link options.

People generally will put up with mediocre design on the web. They will plod though a less-than-average experience if they know they can eventually find what they need. You will see results if you stand out with a killer design and functionality that blows people away, especially when you show them something they’ve never seen before. Rules and conventions are always changing and reinventing themselves. A rule becomes a rule because somebody has an idea and executes it. It sounds pretty simple, but if your idea is truly useful, people will take notice. Keep the user in mind when you make decisions, but don’t assume the user is not intelligent. If you are always designing your interface to cater to the lowest common denominator, you will never have something truly great. 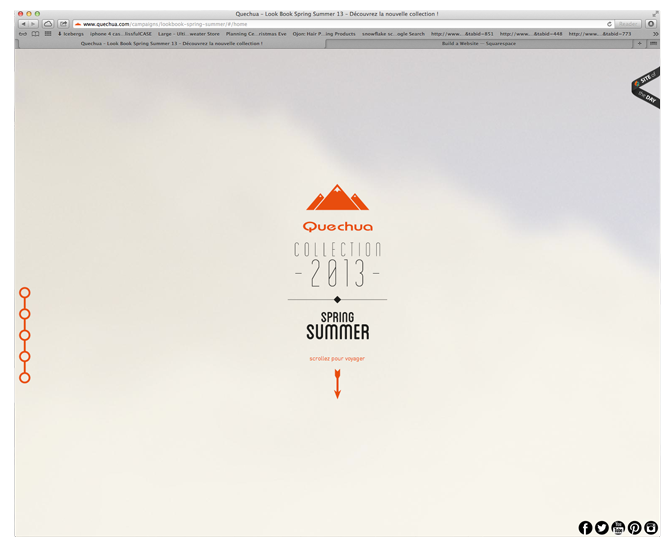 The Quechua site is a great example of this. As soon as the page loads, you aren’t greeted with a ton of information. Instead, there is some simple text and an arrow that encourages you to explore. As soon as you start scrolling, you get a sense of movement and wonder, because now you don’t know what to expect. When you can successfully catch your users off guard and surprise them in a positive way, you will make an impact.

Taking risks is a lot easier said than done. If you trust your design team and the web professionals that you know, you just might make the next big web innovation. Don’t be happy with mediocrity—make yourself known by being extraordinary.